DECEMBER 14, 2017 ~ (Bland, Virginia) – Bland County was buzzing with excitement as Governor Terry McAuliffe visited on Thursday, December 14th to take part in a ceremony in the Hollybrook Community celebrating the deployment of high speed internet. As part of the ceremony, Governor McAuliffe turned on the internet equipment at the Hollybrook tower along with Michael Clemons, president of GigaBeam Networks.

GigaBeam Networks is the internet service provider on this project. Over the next few weeks and into the new year, GigaBeam Networks will be working in the Hollybrook Community completing additional infrastructural development that is needed prior to customers joining the system. Interested customers are asked to obtain information about GigaBeam Networks and sign up for service at their website www.GigaBeam.net or 540-726-2317 (866-988-2638).

Bland County officials received notification in the spring of 2017 that the Department of Housing and Community Development (DHCD) had awarded $192,141 in grant funding for broadband deployment in the Hollybrook community as part of a public/private partnership with GigaBeam Networks.

The Bland County Wireless Authority applied for grant funding through the DHCD in the winter of 2016, through the Virginia Telecommunication Initiative (VATI) program. This grant application was in partnership with GigaBeam Networks, with the goal of constructing the necessary infrastructure to provide high speed wireless internet to the Hollybrook Community. This project is expected to provide high speed internet access to over 350 homes and businesses in that community as well as improve the county’s main broadband backhaul infrastructure.

“This is a wonderful project for the Hollybrook Community,” stated Randy Johnson, the supervisor for the Hollybrook district. “Many of the residents of the Hollybrook Community either have limited or no access to high speed internet. Hopefully, this project will be a catalyst for broadband providers to expand service throughout the rest of the county.” The grant covered the equipment that is needed for the project and GigaBeam Network, the County of Bland, and community volunteers all worked together to provide necessary construction labor.

This project is part of a larger county wide broadband initiative. In 2015, the Bland County Wireless Authority began working on a county-wide wireless broadband plan that was funded by a grant from the Department of Housing and Community Development.

As part of the announcement, the County of Bland recognizes the efforts of many organizations and individuals in the development of this project as well their support for improved broadband in rural Virginia: Senators Warner and Kaine, Congressman Griffith, Del. Morefield, Sen. Chaffin, the office of the Secretary of Technology, Secretary of Commerce and Trade: Rural Development, Department of Housing and Community Development, GigaBeam Networks, Mt. Rogers Planning District Commission, Bland County Wireless Authority, CHA Consulting, Sam, Julie, & Charlie Sloop, Scottie Horne, Allen King, and David Gore.

During the Governor’s visit, he also visited with the members of the Bland County Volunteer Rescue Squad, employees of Venco, and had a lunch meeting with the leadership team of ABB, Inc. and plant manager, Joey Chandler.

The Governor’s press release can be located at:https://governor.virginia.gov/newsroom/newsarticle?articleId=21967 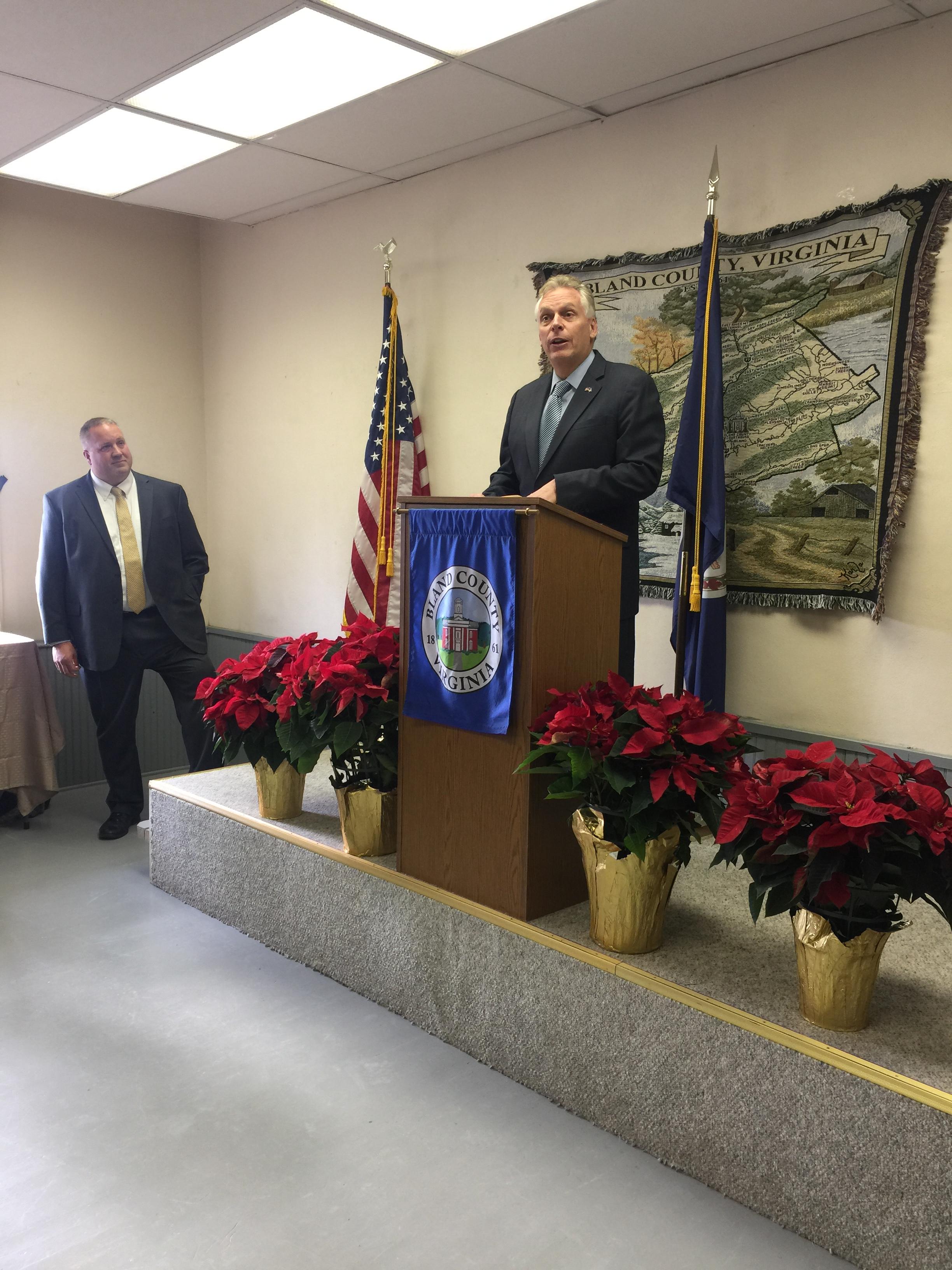 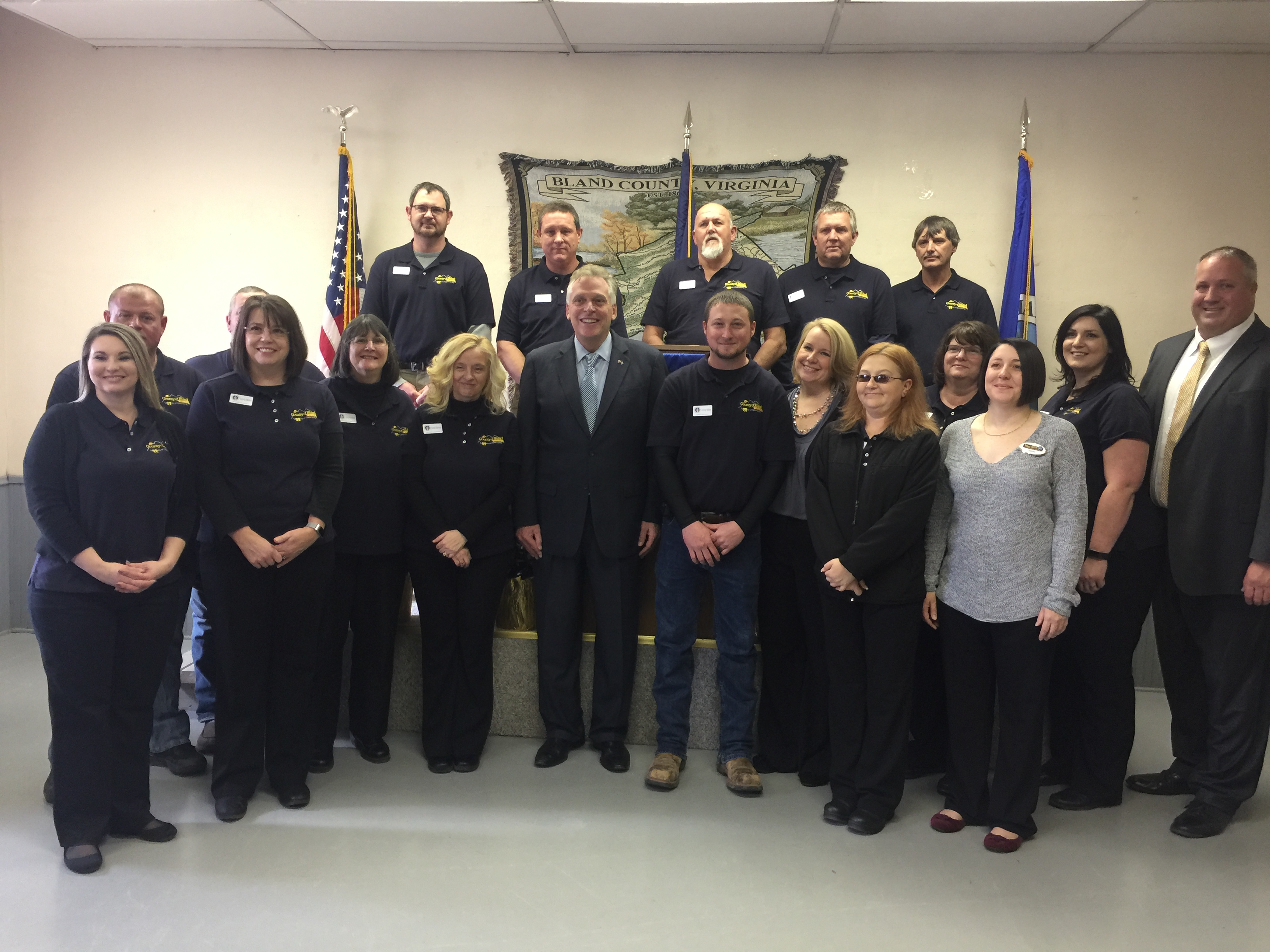 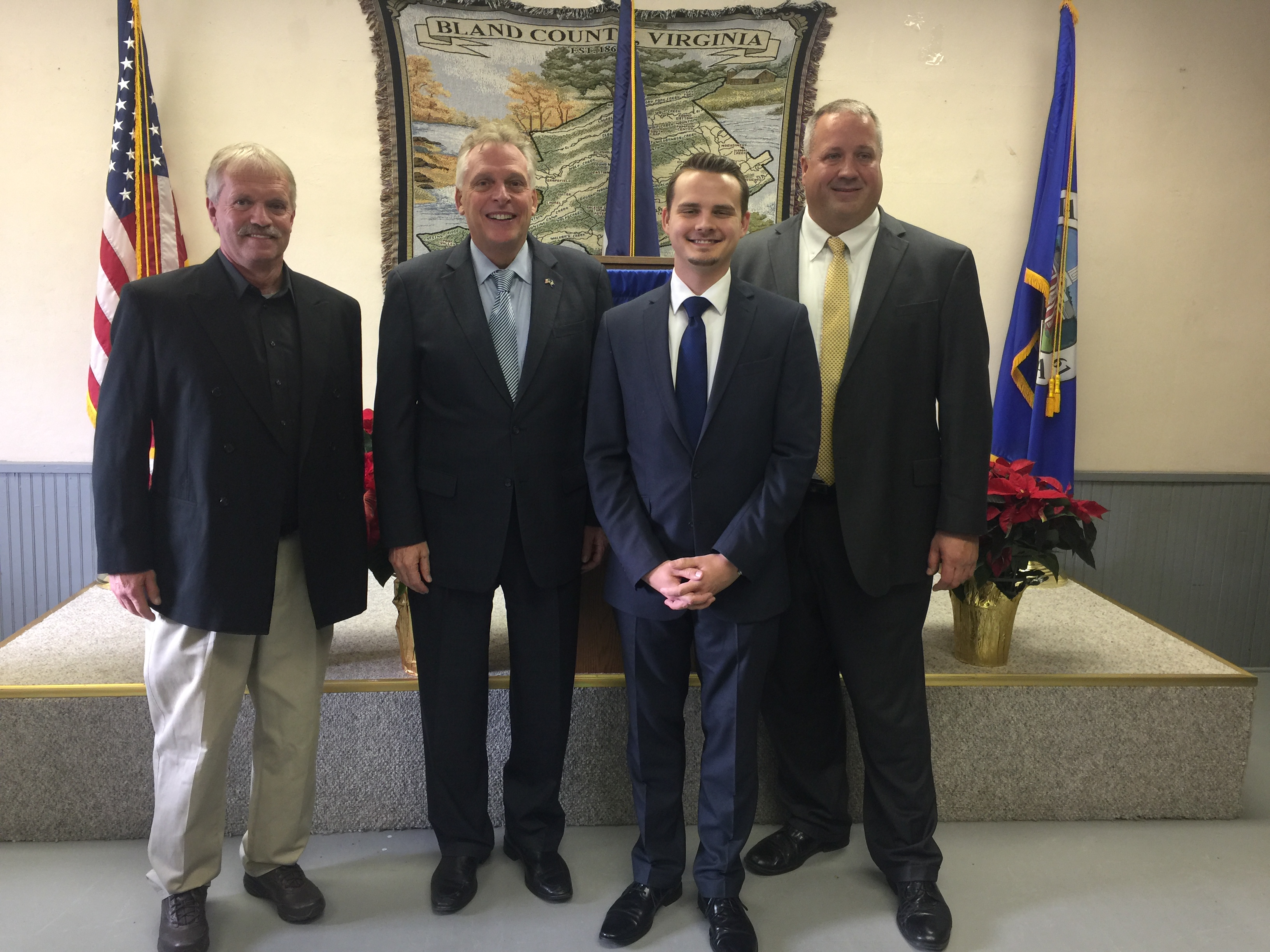 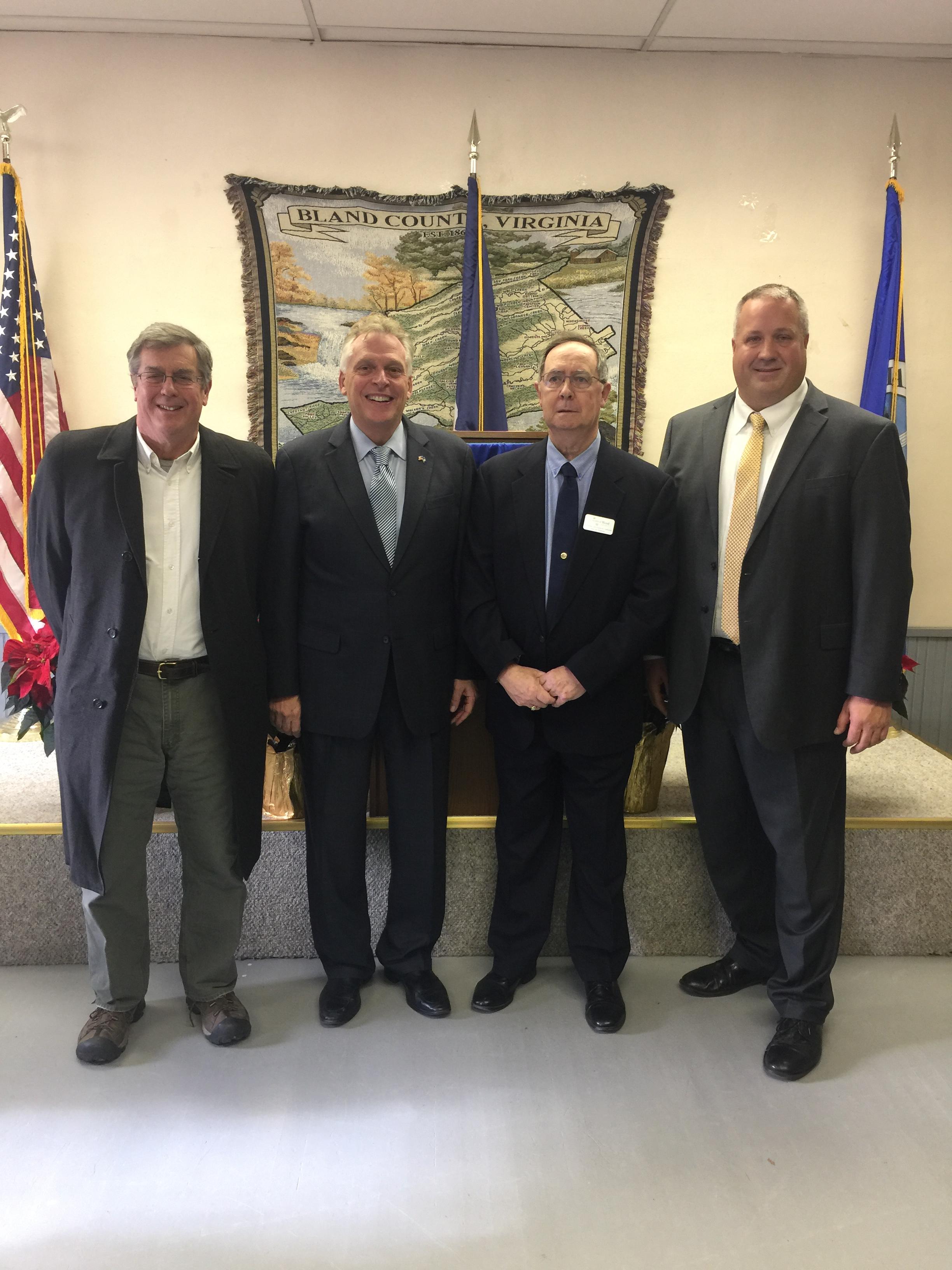 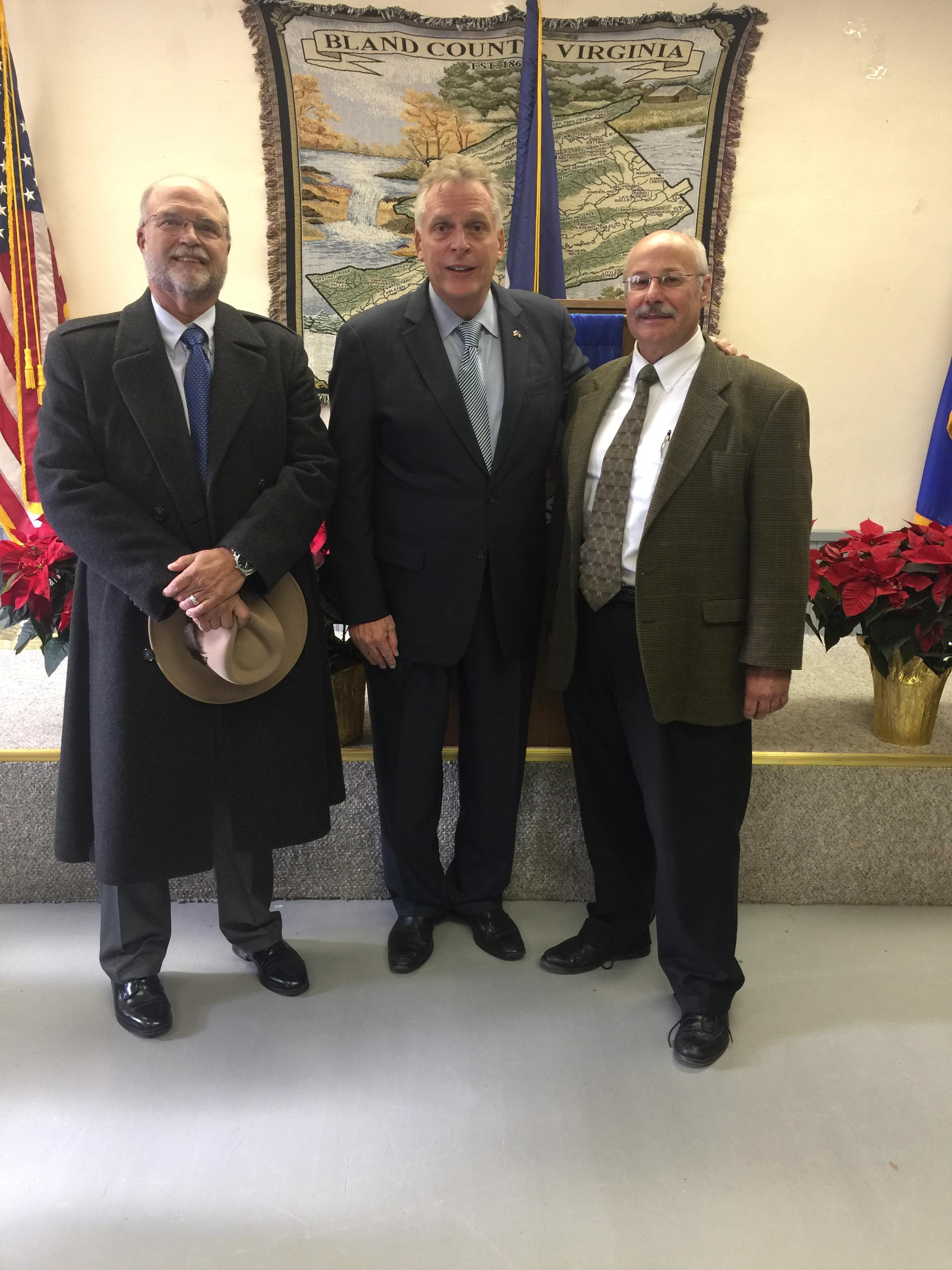 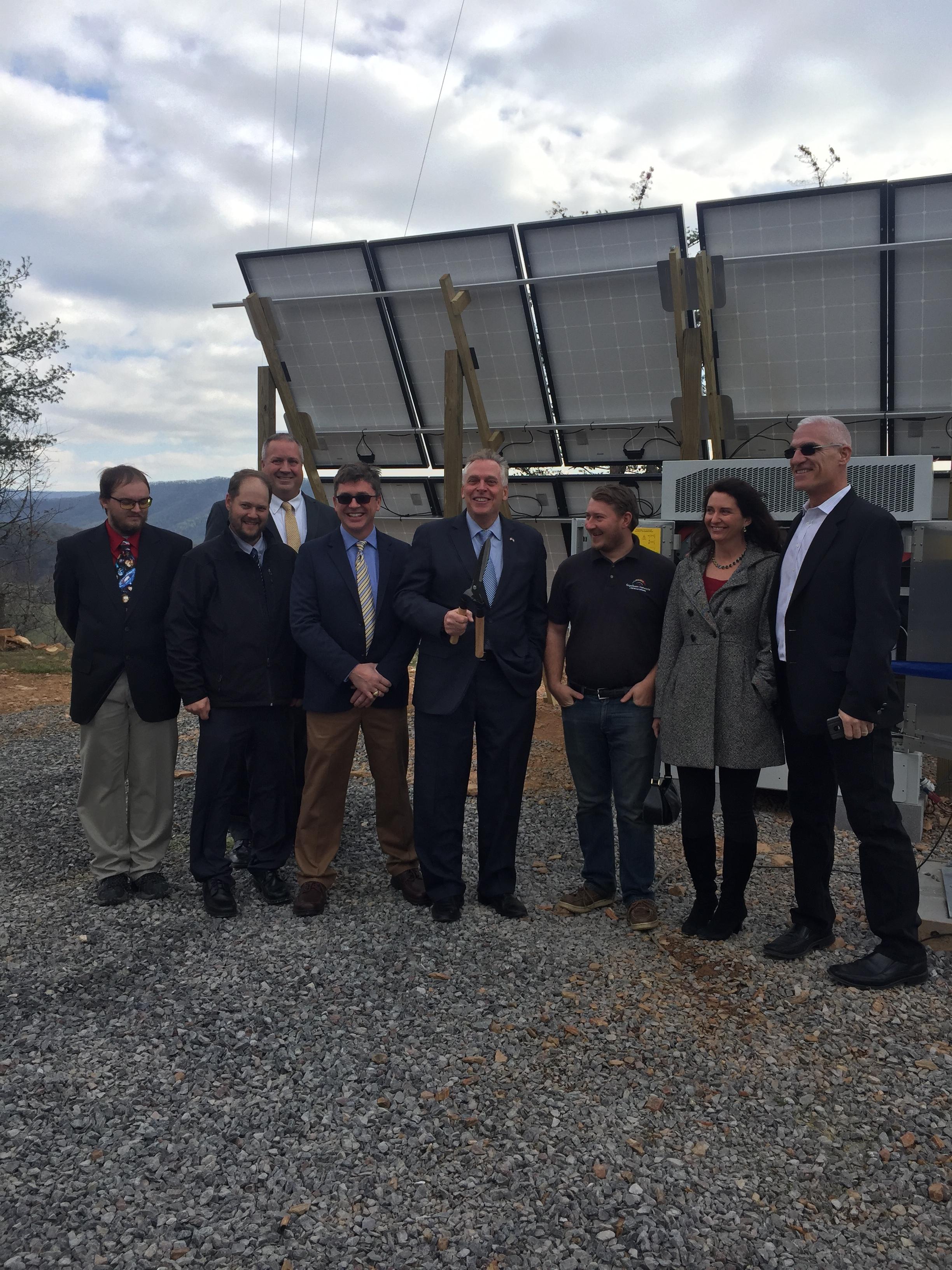