With the support of a host of citizens at their November 26th meeting, the Bland County Board of Supervisors adopt the Resolution declaring itself a Second Amendment Sanctuary.

The Bland County Courthouse was packed Thursday evening as citizens came out in force regarding the topic of a Second Amendment Sanctuary declaration that was on the agenda of the Board of Supervisors. The main courtroom was full beyond capacity with additional people filling the hallways and gathering outside the Courthouse. Over the past few weeks, the Supervisors have received multiple requests from citizens concerned over recent legislation that was introduced for the upcoming session of the Virginia General Assembly. At the meeting on Tuesday evening, the Board of Supervisors were presented with a petition with almost 500 names supporting the declaration and two opposed. 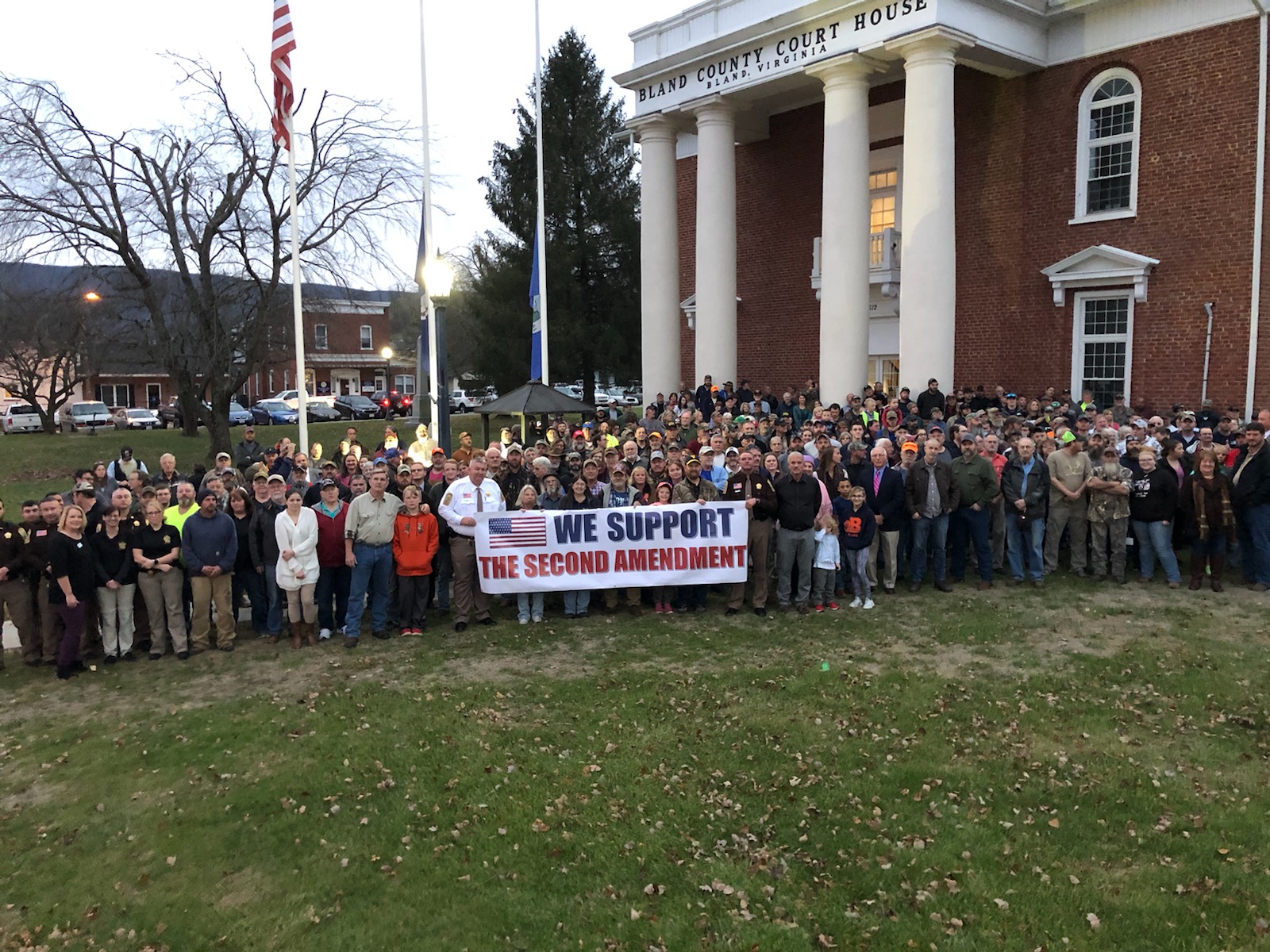